Since 2015, the SimulOscar has been awarded to academic papers in the field of vehicle simulation. The competition originated from our interest in finding outstanding research papers that focus on virtual development tools for vehicle development. We were once again successful and now present the winners of the SimulOscar 2018. These submissions on virtual test driving were able to impress the expert jury:

We were especially pleased to see that the SimulOscar competition has sparked interest outside of Germany as well. The international reach of the contest demonstrated that virtual test driving is implemented around the world. As in Sweden at the KTH Royal Institute of Technology (Stockholm) where a Master’s thesis was written for which CarMaker was used. In his thesis entitled “Predictive Vehicle Motion Control for Post-Crash Scenarios”, Dávid Nigicser impressively showed how an efficient prediction of accident scenarios functions in simulation.

The investigation of automated driving functions played an important part in the paper of a student at Johannes Kepler University Linz in Austria. Clemens Schartmüller, the second award winner, focused his work on the development of highly automated driving functions. His paper was entitled “Investigating Typing and Take-Over Performance in SAE Level 3-4 Automated Driving”.

A paper written as part of a cooperation between academia and industry earned third place for Alexander Gebel. The student at Technische Hochschule Ingolstadt, Germany, concentrated on control functions. His work on “Simulation-Assisted Optimization and Sensitivity Analysis Algorithms for the Determination and Evaluation of Control Functions” illustrated the significant contribution that the use of virtual test driving makes to already known vehicle systems as well.

All three award winners were honored by IPG Automotive at Open House 2018. At the meeting point for the virtual test driving industry, automotive specialists were able to gain an impression of the next generation of experts and current issues. In addition to the prizes in the amounts of 700, 500, and 300 euros, the award winners also received a one-year subscription to their choice of ATZ worldwide, ATZelektronik worldwide, or MTZ worldwide – giving them the opportunity to stay up-to-date on the latest developments in the automotive industry for an entire year free of charge. 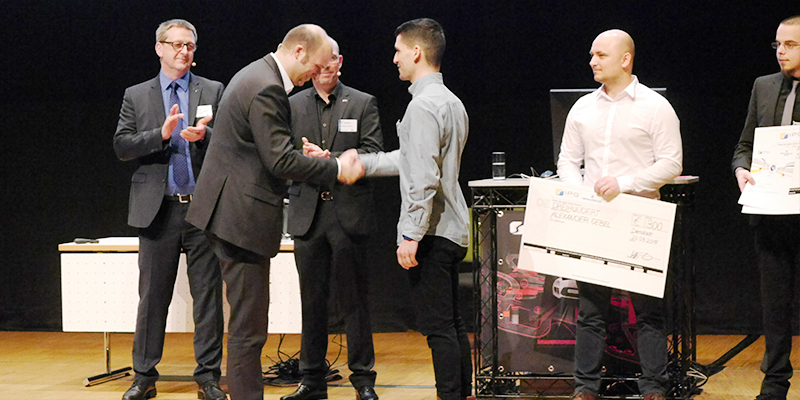