Along with the release 7.0 of the CarMaker product family, we also introduced the RDX Test Generator as a new CarMaker add-on.

The powerful tool enables a multitude of representative scenarios with diverse traffic and driver behavior to be generated on RDE test tracks which allows for seamless use throughout the entire development process right up to measurements on the dyno.

Based on an existing digitized test track (ROAD5), driver behavior and traffic density can be varied in order to analyze emissions and consumption as well as drivability and the durability of the powertrain early on with virtual test driving. When generating speed profiles, urban, rural or highway sections and their respective speed limits as well as any existing traffic lights are factored in.

Within these boundary conditions, the intelligent driver model IPGDriver is able to act: It does not only offer individual lateral and longitudinal control but also a wide range of driving styles – from defensive and environmentally friendly to sporty. As in real test drives, various powertrain loads and the influence of the driving style on emissions can be studied.

CarMaker’s function for high-performance computing, which enables parallel simulations to be distributed across several processor cores, can be used to run tests. Even on an off-the-shelf laptop, several test cases can be simulated and evaluated simultaneously with HPC Light, allowing for considerable savings in time compared to sequential simulation. Such cycles that are generated in early stages of development lend themselves to continued application on engine or powertrain test beds later on using a virtual prototype.

Particularly when examining RDE test tracks, another feature of the RDX Test Generator comes in handy: The RDE cycles are analyzed based on roughly 20 conventional characteristic variables such as route per category, or standstill time in accordance with Euro 6d RDE standards. Users obtain a classification and overview of their TestRuns as a result and can decide which of these to continue using. As a part of TestBed product line, the RDX Test Generator thus offers a comprehensive software solution for seamless powertrain development. 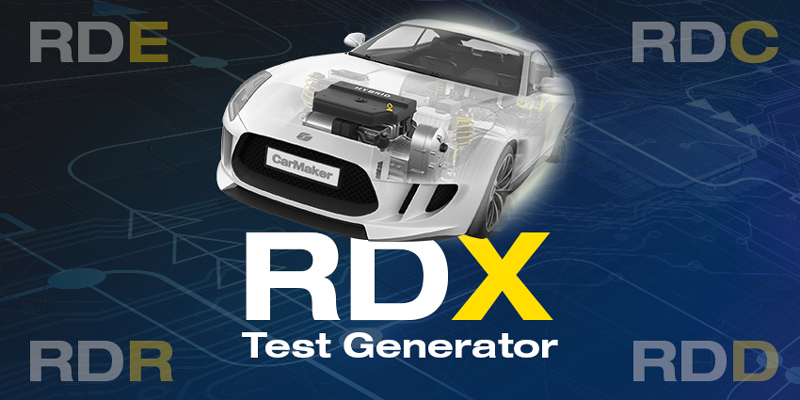