It is not enough for race drivers to drive well; they also need a reliable vehicle. Race cars are the product of countless hours of optimization, for which our software CarMaker can be used to support both development and testing – as it currently does in Japan.

As of this year, our subsidiary IPG Automotive K.K. in Japan is a sponsor of the team “Le Beausset Motorsports” and its 23-year-old driver Kohta Kawaai. Masanori Kobayashi, Managing Director of our Japanese subsidiary, attended the last race in November and was able to experience Formula 4 live.

The race driver Kohta Kawaai is a student at Nihon University in Tokyo. Within the context of vehicle development in the Formula Student race series, the university works with the simulation software CarMaker. Since this season started, our logo has been displayed in several places on Kohta Kawaai’s race car as well as his suit and helmet. Our subsidiary IPG Automotive K.K. will continue its sponsorship throughout the next season. In addition to the opportunity to use CarMaker for their tests, the team will receive financial backing as part of the sponsorship. We are looking forward to many successful races in the new season! 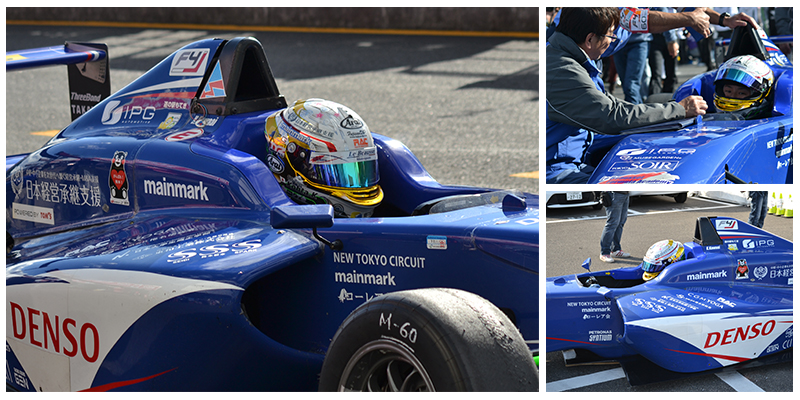 The Japanese race car driver Kohta Kawaai at the Formula 4 race in November.